skip to main | skip to sidebar

All Shall Be Revealed in November! 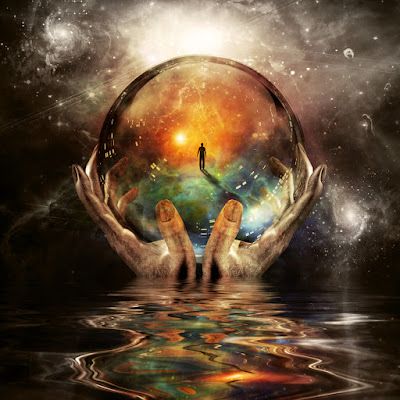 I've got a Triple Threat of personal and global expectations happening the first week of November 2020:

2. That I will have healthcare.

3. That WE will have a new president of the United States.

Upon writing this these factors are complete unknowns but filled with HOPE for the future. AND it's Daylight Saving Time - let there be more LIGHT!

I've also got a new Spacerock Continuum for ya'll, so DIG THIS! First I'm digging into the distant psychedelic PAST for a different kind of Triple Threat with tracks from The James Gang (1970), Blue Oyster Cult (1974), and The Amboy Dukes (1968)!

Then I continue my 3-month feature called MULTI-PLAY with the second installment featuring multiple tracks from a highlighted artist, and this time it's Japanese pysch/folk/prog weirdos GHOST! I've mixed FOUR of their tracks together for your listening pleasure, and if you've never heard them before I hope this blows your space socks off!

Then we delve into the not quite as distant past with early-oughts oft-overlooked should-have-beens Ambulance Ltd, then deep back into the 90s with the spacier side of the indie rock that was flourishing in those days with Archers Of Loaf, Built To Spill, The Boo Radleys, Bailterspace, Dinosaur Jr, and Husker Du! Next up, a band that was hitting their peak back then released a fantastic comeback in 2020: the one and only Hum, followed up by a fantastic modern band that harkens back to the glory daze of shoegaze, Ringo Deathstarr, then with a little post rock homage to their forebears, the mighty Mogwai, it's obscure but wonderful G-Plan.

Then we round up the TIME with a segment featuring only what I would call Modern International Psych; artists that are as diverse in SOUND and location of origin as they are pleasing to the SOUL: Julie's Haircut (Italy), Radar Men From The Moon (Netherlands), The Dunes (Australia), Pretty Lightning (Germany), Kooba Tercu (Greece), Alber Jupiter (France), and Muun Bato (Minnesota, US). The "scene" is not only alive and well, it's GLOBAL, and offers us solace during worldwide MAYHEM. The sounds of SPACE will comfort us during this dark TIME, because it has been said that..

The following tracks are included in the player below:
Spacerock Continuum Intro - bRambles
The Bomber - The James Gang - The James Gang Rides Again
Astronomy - Blue Oyster Cult - Secret Treaties
Journey To The Center Of The Mind - The Amboy Dukes - Journey To The Center Of The Mind
Aramaic Barbarous Dawn/Leave The World!/Hazy Paradise/Piper - Ghost
Yoga Means Union - Ambulance Ltd. - s/t
Step Into The Light - Archers Of Loaf - Vee Vee
Velvet Waltz - Built To Spill - Perfect From Now On
Lazarus - The Boo Radleys - Giant Steps
X - Bailterspace - s/t
Little Furry Things - Dinosaur Jr - You're Living All Over Me
Eight Miles High (Byrds cover) - Husker Du - single
In The Den - Hum - Inlet
Cotton Candy Clouds  - Ringo Deathstarr - s/t
There's People Lying Dead In The Stairwell - G-Plan - All Roads Lead To This
Until The Lights Go Out - Julie's Haircut - In The Silence Electric
What The Lightning Said - Radar Men From The Moon - Strange Wave Galore
Just Because You're Not Being Followed Doesn't Mean You're Not Paranoid - The Dunes - s/t
RaRaRa  - Pretty Lightning - Jangle Bowls
Ukunta - Kooba Tercu - s/t
Uber En Colere - Alber Jupiter - We Are Just Floating In Space
Planet Of The Children - Muun Bato - s/t
Posted by BeeDub at 11/01/2020 No comments:

F this, I'm going to the desert. 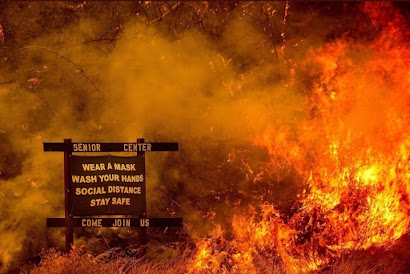 Global pandemic, hellish infernos, political boiling point... FUCK THAT. We will survive all this shit and emerge renewed. Music can sustain us. And I've got some killer shit for the KILLING TIME.
And I'm introducing a new feature on the Spacerock Continuum! It's called MULTI-PLAY!!!
For the next few months each installment will feature multiple tracks from a highlighted artist. That's NEVER (rarely) happened before! For October it's zany Brit krautrockers Clinic, who turned psychobilly on its head by incorporating the dark mesmer of minimalist no wave artists like Suicide and the motorik "repetition and nonsense" of artists like Can. Hypnotic, manic, and GROOVY! Take a trip down fuzzy memory lane with me and CLINIC!
Then we delve deep into exotic psychotropia with international artists like Sunset Images (Mexico), Muun Bato (Minnesota), Kooba Tercu (Greece), Ghost (Japan), Lastryko  and Trupa Trupa (Poland!), Sun Dial (UK), Hum (outta Illinois with their fantastic new comeback record!), The Men (New York), Ganglians (San Francisco), Tonstartssbandht (Florida?!?!?), O.G. psychproggers Porcupine Tree and The Bevis Frond (UK), the almighty GNOD (also UK), Tambourinen (Arizona?!?!?), and Acid Rooster (Germany).
I'm mostly giving you the geographic origins of these artists lately rather than describe them in much detail so you can come up with your own conclusions. And you will find that SPACEROCK is indeed EVERYWHERE! Without it we'd never make it through this alive...
The following tracks are included in the player below:
Spacerock Continuum Intro - bRambles
Voodoo Wop / The Return of Evil Bill / Internal Wrangler - Clinic
Hajime - Sunset Images - Hajime
Muun Bato - Muun Bato - s/t
Cybele - Kooba Tercu - Kharrub
Rabirabi - Ghost - Lama Rabi Rabi
Srodek Czarnego Nieba - Lastryko - s/t
Picture Yourself - Trupa Trupa - Headache
Never Fade - Sun Dial - Reflector
Cloud City - Hum - Inlet
Patterns - The Men - Devil Music
100 Years - Ganglians - Monster Head Room
Opening - Tonstartssbandht - Sorcerer
Strip The Soul - Porcupine Tree - XM
Barking (or False Point Blues)  - The Bevis Frond - Son Of Walter
Run-A-Round - Gnod - Gnod Drop Out (with White Hills)
Wooden Flower - Tambourinen - Wooden Flower
Moon Loop - Acid Rooster - s/t
Posted by BeeDub at 10/02/2020 No comments: 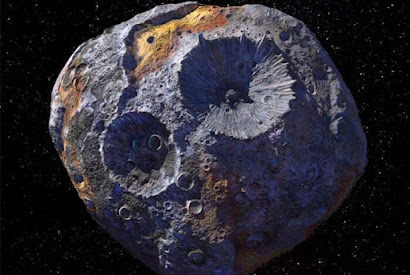 But wait! There's MORE! I have included my mix of the artists who would have performed live at this year's Desert Star Festival in lovely Joshua Tree, CA! I will still be spending a week around the dates of the Festival enjoying and exploring my favorite place on EARTH, the mystical and cosmic Mojave Desert. And while, sadly, there will be no in-person concert, there will be virtual festival that you and I can tune in to HERE: Desert Stars YouTube
In the meantime, please enjoy this BONUS MIX!
Posted by BeeDub at 9/02/2020 No comments:

The Summer of Sulatron!

And now for something completely different...

I've never made a playlist featuring only artists from a single record label before (I had considered doing so with Canadian post rock outpost Constellation Records once, and may still one day). But I have had the luck to have bestowed upon me the singular psych/spacerock stalwarts that make up the roster of the label run by my social media friend Dave Schmidt, aka Sula Bassana, overlord of the mighty Sulatron Records in Germany.

Sula Dave has gathered brain candy from around the world and shared it with me, so that I can share it with you this August. Representing some of the finest of the genre, we have artists from such diverse locales as the UK (Sun Dial), Germany (Electric Moon, Zone Six), Finland (Permanent Clear Light), Norway (Seid), Italy (Sherpa), The Netherlands (Astral Son), Croatia (Seven That Spells), Estonia (Centre El Muusa), and New Zealand (Lamp Of The Universe)!

It's so refreshing, and so damn necessary, to know that cosmic psychedelic light glows around the globe, and can restore us to health and humanity. I thank Sula Dave for his generosity, and so will you. Prepare yourself to enter the world of SULATRON!


The following tracks are included in the player below: 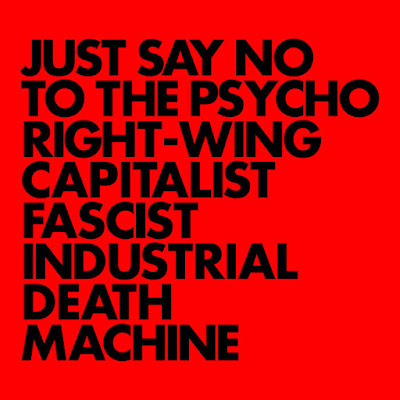 Pretty much says it all. The global pandemic is just a symptom of a very sick planet. The virus is HUMAN, and the pathogen is the PSYCHO RIGHT-WING CAPITALIST FASCIST INDUSTRIAL DEATH MACHINE. It's what WE the disease are doing to the planet, not what it's doing to us. Systemic corruption, species-wide pollution, and an imminent implosion as our fate. The only goddam good thing we are doing to combat our illness is creating ART. And psychedelic spacerock is the pinnacle of self-reflective and re-directive consciousness that can SAVE US! Do you want to be "a cog in the machine" or "a stick in the wheel" of DEATH that has become us?!

For now, don't be the selfish twats that our overlords want us to be: social distance and wear that dang mask when you have to go out. The only exposure we need is that of the evil MACHINE that we have created - the police/government/fascist/kkkapitalist/kkkorporation that must be eradicated. For now, stay the fuck home and listen to THIS!

Then we bliss out with complete unknowns the currently defunct Tom Spacey (Chicago), and Portsmouth UK spacemen Is Bliss, head into the garage with Cafe Racer (Chicago), and slow it down and space the fuck out with a one-two punch from Wooden Shjips founder Mr. Ripley Johnson's other projects, Rose City Band (Portland) and Moon Duo (doing an amazing Black Sabbath cover).

After that we take it up a "Fest"-ive notch with Blankenberge (St. Petersburg, Russia), and take a tour of the blooz-addled swamp with Pretty Lightning (Germany) and my personal friends The Spiral Electric (SF/Oakland). Jakob (New Zealand) put the "post" in post rock, Blanchard (Chesterfield, UK) just rock the fuck out, Lowrider (Sweden) put the "stoned" in stoner rock, and Kandodo, featuring Simon Price, singer/guitarist of The Heads (London) remind us that we are all in DREAM, this month of July.


The following tracks are included in the players below:

This machine makes MAGIC! Every time I push THIS BUTTON, I give you NEW MUSIC! It will warp and expand your mind and do things to you like never have been done before, ya FEEL ME? That's cuz I LOVE YOU, spacerockers! I do all this for YOU, e'ry dang month, cuz you know you need it! I know I sure do. In the face of the Global Pandemic Blooz I figure we all just need to get out of our heads, and, as always, I've got the playlist for YOU. Just some feel good straight-up psych in this set, but stay with it. It gets darker as it progresses, just like our moods can tend to in isolation, but there is light in the darkness. Let it comfort you, like a balm for the soul, slowly leaked in through the ears until it takes over your mind and body. Please, to enjoy...


The following tracks are included in the players below:

Yep! It's a black hole springtime sun for everyone! It seems we've all but disappeared from the planet, sucked into the viral vortex of isolation, loneliness, fear, paranoia, and despair. It's as if we're hiding our eyes behind our masks - without seeing smiles we aren't seeing each other. But luckily the music HASN'T disappeared. It just keeps on coming, escaping the darkness with glimmering light so that all might see (don't hide your ears!).

MAY is upon us. And MAY(be) the light we once knew will be revealed, and we will bask in the sun, growing like the grasses and flowers, and we will see each other again. But for now, we find it inside ourselves, and MAY(be) pouring these amazing sounds through your earholes and into your blown minds will suffice. For now,  DIG THIS!

(and pay attention to the song titles - it's a song cycle of sorts, from darkness to the light)

The following tracks are included in the players below:

An orbiting satellite, with a direct link to Northern California